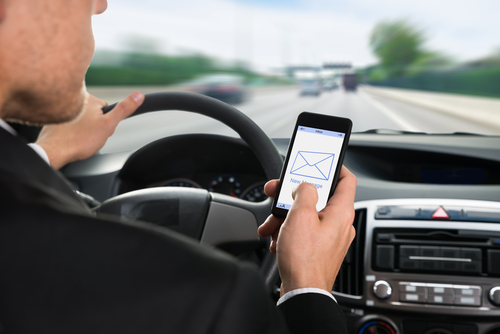 Florida Wants to Toughen Its Texting While Driving Law

Texting while driving remains a major problem on the roadways, often leading to serious or even fatal consequences because of distracted drivers.  In the state of Florida, there is currently a ban on texting while driving, but enforcing it is easier said than done.  In order for an officer to stop a driver allegedly caught texting, he or she must have also committed a violation such as not wearing their seatbelt or speeding, essentially rendering the ban useless.  That may soon change as lawmakers consider upgrading texting while driving from a secondary into a primary offense.

Originally passed in 2013, Florida officers have issued over 1,000 tickets for texting which carries a minimum $30 fine.  The new proposed laws would allow law enforcement officers to stop anyone they reasonably believe to be texting and driving without having to stop them for a different citation.  Per the National Safety Council, texting can significantly impair a driver, reducing their ability to process moving images by up to a third.

There are supporters who believe that texting while driving is akin to a DUI and should carry tougher penalties, as it’s not uncommon to see a driver weaving in and out of traffic as they attempt to use their phone.  Because of the risk of potentially injuring other people, it should be considered similar to a DUI offense.