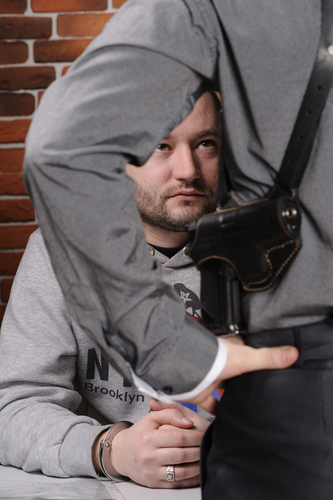 Whenever someone is apprehended for having allegedly committed a crime such as DUI manslaughter, vehicular homicide, DUI homicide, or any other DUI accident related crime resulting in serious bodily injury, they are typically taken to a police station and interrogated, but they must first be read their Miranda Warnings, which can also be referred to as the Miranda Rights.   Should a law enforcement officer fail to properly read Miranda Warnings during custodial interrogation, it is considered a violation of your Fifth Amendment right against self incrimination any testimonial statements made during such questioning can and should be challenged by your attorney in a motion to suppress. At such hearing, the statement will be subject to suppression unless the prosecution can prove that the suspect was advised of their Miranda Warnings and that the suspect voluntarily waived those rights or that an exception applies.

In a different scenario,  a woman was taken into custody in Palm Beach County for having allegedly committed DUI manslaughter.   The criminal defendant was told by a Florida Highway Patrol officer that he was conducting a criminal investigation and whatever the woman said could be used against her.  After being read her Miranda Rights, the defendant requested not to speak any further until she received legal counsel, but the officer continued to interrogate her anyway, resulting in incriminating responses.

Under Florida law, if an individual in custody or during custodial interrogation invokes their Miranda Rights, i.e., by asserting that he or she wishes to remain silent before or during questioning, all interrogation efforts by law enforcement must cease immediately and the officer may not legally continue any further questioning unless counsel is present or the defendant on his own volition contacts the police and a valid waiver is obtained. As a result, these statements cannot be used as evidence in a trial because they would be considered a violation of an individual’s Sixth Amendment right to counsel and would be subject to suppression.

If you or a loved one finds themselves in a situation with law enforcement, remember, anything you say can and will be used against you in a court of law. It is usually best to remain silent and immediately contact Miami criminal lawyer Monica Benitez.  For Criminal or DUI defense, call 786-LAW-FIRM (786-529-3476) in Miami-Dade County or 954-LAW-FIRM (954-529-3476) in Broward to speak with a Miami criminal attorney.